Popular tax credit for Georgians disappearing from some state returns

Posted by admin in Uncategorized Views 1 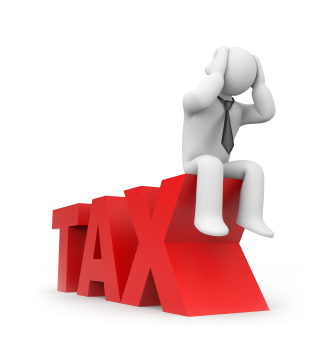 A popular tax credit for Georgians may not appear on your state tax return, even if your tax professional entered it.

The confusion comes after Georgia’s Department of Revenue redesigned its 2015 tax forms. One of the changes involves the qualified education expense tax credit.

It’s now a two-step process to claim it, and unless you read the instruction booklet to get the specifics, even some tax professionals and software programs are missing it.

“I put it into my computer, I have really good professional software and it didn’t show up,” said Enrolled Agent Merry Brodie.

The tax specialist says she was baffled the first time she tried to claim the credit this year. She entered it on her client’s return, but by the time she got ready to file, the credit had disappeared.

“I think, ‘OK, I’m one tax professional out of probably thousands who will process returns,'” said Brodie.

The qualified education expense credit is popular among private school parents; roughly 36,000 Georgians are eligible to claim it this year.

Taxpayers make a scholarship donation to a private school, and in exchange they can claim it as a charitable donation on their federal return, and a dollar-for-dollar tax credit on their state return.

“They had so many subscriptions, they couldn’t take any more after one day. It’s gotten that popular,” said Brodie.

Brodie contacted Georgia’s Department of Revenue and found in addition to listing the code for the tax credit, tax preparers also have to enter the taxpayer’s name and total percentage on another line. She says the instructions can be confusing because they read like they apply to corporations.

“I asked, ‘Are you going to put something on your website or do an update? Are you going to do something? No,'” recalls Brodie. “I guess they just think people will figure it out by themselves.”

The state says it’s all explained in the instructions. But many tax professionals rely on their software program to get it right. Brodie says she contacted several companies whose software experienced the same problem.

She worries some filers might not notice the credit is missing.

“They’ll have to figure out how to put it on their tax return. And 85 percent of the returns are electronically filed and the software companies have it wrong,” said Brodie.

This does not apply to all tax software programs. At least three companies have recently updated their software to make this work.

Brodie recommends that all taxpayers who are expecting this credit double check their returns, especially if they filed early, before the problem was fixed.